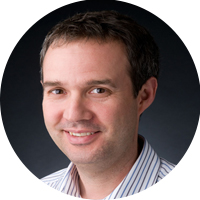 Dr. Mark Blostein received his MD from McGill University in 1989 and trained in internal medicine at the Montreal General Hospital until 1992 before moving to Boston where he completed a Hematology-Oncology fellowship at Tufts University in Boston.

He pursued further research training in the laboratory of Drs. Bruce and Barbara Furie at Tufts and Harvard before returning to Montreal in 1999 as a staff Hematologist at the Jewish General Hospital. He has been a clinician-scientist at McGill University since then and has been operating a basic science laboratory at the Lady Davis that has been funded, for the past 17 years, by the Heart and Stroke Foundation of Canada and CIHR.

His basic science research interests include the study of a novel gamma-carboxylated protein called gas6 and its role in vascular biology as well as the study of the scientific basis for venous thromboembolism. He is currently the Associate Director of the Division of Hematology at the Jewish General Hospital where he directs the Clinical Coagulation laboratories and the Anticoagulation Clinic. He is also an integral member of the Thrombosis Research Group at the Jewish General Hospital where he participates in several multi centre peer review clinical trials involving anticoagulation with particular interests in the study of the novel anticoagulant drugs and the role of bridging anticoagulation for patients requiring surgical interventions. Furthermore, he has been a local site investigator for the two major antidotes for the New Oral Anticoagulants, being the only investigator in Quebec to enrol patients in both the REVERSE AD and ANNEXA-4 antidote trials. Finally, for the past 8 years, he has played a major administrative/teaching/mentoring role at McGill University as the Director of the Clinical Investigator Program, a Royal College certified program whose main goal is train clinicians to conduct research.